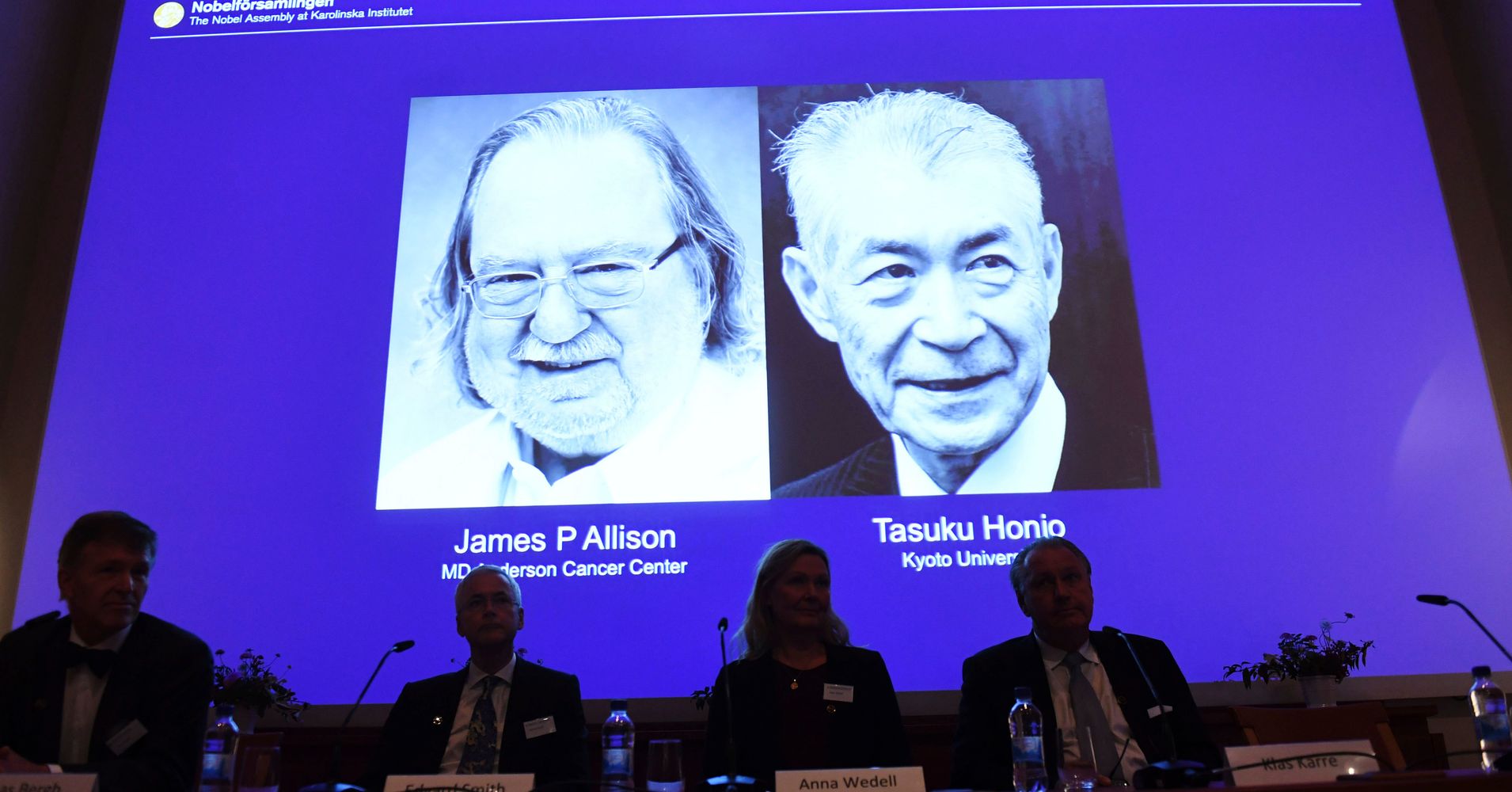 STOCKHOLM (AP) — The Nobel Prize in medicine was awarded Monday to two researchers from the United States and Japan for advances in discovering how the body’s immune system can fight off the scourge of cancer.

The 9-million-kronor ($1.01 million) prize will be shared by James Allison of the University of Texas Austin and Tasuku Honjo of Kyoto University.

Their parallel work concerned proteins that act as brakes on the body’s immune system and it constitutes “a landmark in our fight against cancer,” said a statement from the Nobel Assembly of Sweden’s Karolinska Institute, which selects winners of the annual prestigious award.

BREAKING NEWS
The 2018 #NobelPrize in Physiology or Medicine has been awarded jointly to James P. Allison and Tasuku Honjo “for their discovery of cancer therapy by inhibition of negative immune regulation.” pic.twitter.com/gk69W1ZLNI

Allison studied a known protein and developed the concept into a new treatment approach, whereas Honjo discovered a new protein that also operated as a brake on immune cells.

“I’m honored and humbled to receive this prestigious recognition,” Allison said in a statement released by the university’s MD Anderson Cancer Center in Houston, where he is a professor.

“A driving motivation for scientists is simply to push the frontiers of knowledge. I didn’t set out to study cancer, but to understand the biology of T cells, these incredible cells that travel our bodies and work to protect us,” he said.

Cancer kills millions of people every year and is one of humanity’s greatest health challenges. By stimulating the ability of our immune system to attack tumour cells, this year’s #NobelPrize laureates have established an entirely new principle for cancer therapy. pic.twitter.com/6HJWsXw4bE

Last year’s prize went to three Americans for work in identifying genes and proteins that work in the body’s biological clock, which affects functions such as sleep patterns, blood pressure and eating habits.

The physics prize is to be announced Tuesday, followed by chemistry. The winner of the Nobel Peace Prize will be named Friday and the economics laureate will be announced next Monday. No literature prize is being given this year.

Follow the Latest Diet Plans the Celebrities are Adopting

North Carolina Has A Massive Mosquito Problem After Hurricane Florence

U.S. Drops To 27th In The World For Education And Health Care