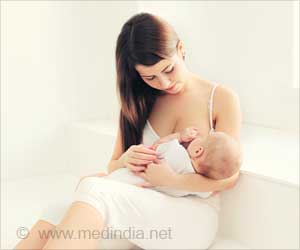 A 10-Step Model has been created by a Nurse-researcher- Diane Spatz to help Mothers Breastfeed their Critically Ill babies. The findings of study are published in the Journal of Perinatal and Neonatal Nursing.

Many of these newborns are born preterm or with congenital disabilities or other critical conditions. Spatz drew on her own extensive clinical experience and on research findings from the National Institutes of Health to create the Spatz 10-Step and Breastfeeding Resource Nurse Model to Improve Human Milk and Breastfeeding Outcomes which can guide all health professionals. The research was recently published in the April/June 2018 edition of the Journal of Perinatal and Neonatal Nursing, for which Dr. Spatz also served as guest editor.


The 10-Step Model consists of informed decision, establishment and maintenance of milk supply, human milk management, oral care and feeding of human milk, skin-to-skin care, non-nutritive sucking, the transition to breast, measuring milk transfer, preparation for discharge and appropriate follow-up. The 10-step model has been implemented for more than ten years at CHOP, as well as in other neonatal intensive care units across the U.S. and around the world.
“Because nurses are the largest health profession globally and in the U.S., nurses should play a critical role in providing evidence-based lactation care and support,” said Spatz. “At CHOP, we developed a specialized educational and training program so that nurses across the institution could implement the 10-step model effectively.”

The Baby-Friendly Hospital Initiative (BFHI) was established in 1991 as a worldwide program to incentive maternity facilities to adhere to the Ten Steps to Successful Breastfeeding and comply with the International Code of Marketing of Breast Milk Substitutes. The U.S. has only recently seen an increase in hospitals seeking BFHI designation, and globally the number of BFHI facilities is less than 10 percent. BFHI focuses primarily on healthy mother-infant pairs.

“Our research demonstrates that nurses at CHOP are empowered through the Breastfeeding Nurse Program, and they strive to advocate for breastfeeding families and support their peers in delivering optimal, evidence-based lactation care and support as part of their daily practice,” Spatz added.

Stroke Risk Reduces in Women Who Have Breastfed Their Babies

Women Who Breastfeed Less Likely to Suffer from Hypertension

Breastfeed Your Baby to Reduce Risk of Heart Disease, Stroke