A global symposium was conducted recently, headed by Dr. Navindra Seeram, who is the Chairman of the American Chemical Society’s Division of Agricultural and Food Chemistry. This was carried out in collaboration with the Federation of Quebec Maple Syrup Producers, to highlight the latest research on maple syrup that helped to discover additional benefits of consuming pure maple syrup.

The Research Findings include

The discovery of inulin elevates maple syrup as a functional food, that can be consumed to recover gut microflora lost due to illness.

To understand the benefits of maple syrup, Medindia conducted an exclusive interview with the president of Federation of Maple Syrup Producers, Mr. Serge Beaulieu. The organization was founded in 1966 with an aim to defend and promote the economic, moral and social interests of nearly 7,300 Quebec maple businesses. It was also founded to develop the initiatives that market products from Quebec’s 43 million taps. 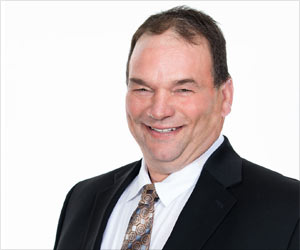 Interesting facts about the Federation:

Medindia: What are the health benefits of maple syrup?

Federation of Maple Syrup Producers(FPAQ): Pure Maple Syrup is an excellent source of: manganese and riboflavin (B2); good source of magnesium and a source of calcium, potassium, sodium, copper and zinc. Recent studies have revealed that this syrup contains 65 polyphenols (a type of antioxidants), nine of which are unique to maple syrup, offering health benefits similar to those of berries, tea, red wine, flax seed, other fruits and vegetables.
Additionally, early indications from studies show that maple syrup may contribute to health and well-being in multiple ways.

Here are a few health benefits for you, to start including maple syrup – a healthier alternative, to your daily diet. Research on maple products from Canada showed:

Medindia : Are there any simple tests to find out the purity?

Medindia : What is the sugar content and can people with diabetes consume it?

FPAQ: A quarter cup (60 ml) of maple syrup provides 220 calories and 54 gm of sugars, it has fewer calories than corn syrup and honey, averaging about 55 calories per tablespoon. It also provides ¼ of your Recommended Dietary Allowance (RDA) of manganese (28%) which plays an important role in energy production, antioxidant defenses and blood sugar regulation, and is necessary for normal brain and nerve function.

Medindia : Are there any preservatives used in maple syrup?

FPAQ: No, there aren’t any added preservatives used in maple syrup. In fact, it is 100% natural and pure with no coloring, no artificial flavors, and certainly no preservatives. The only ingredient in maple syrup is the concentrated sap from the maple tree. It tastes good and is good for you!

Medindia : How easy is it to digest it? Can babies and infants consume it?

FPAQ : Maple syrup is very easy to digest. It is a safe sweetening agent compared to honey, that cannot be given to small babies (infant botulism). It appears that 100% pure maple syrup from Canada has more healthy compounds compared to some other sources of sugar (vitamins, minerals, carbohydrates and so on). We do not promote an increase of sugar consumption for anybody, however choosing a natural sweetener would be better.

FPAQ : According to a study performed on more than 600 samples of maple syrup from Canada, from different regions across Quebec, maple syrup and maple products have very interesting nutritional potential compared to other common sweeteners such as sugar, honey and brown sugar, among others. Based on this study, pure maple syrup proved to be an excellent source of manganese, Riboflavin and zinc, whereas sugar while, low on calories when compared to pure maple syrup (calories in sugar – 196 and calories in maple syrup – 217) does not possess many nutritional benefits.

Medindia : How can it be preserved in a tropical climate?

FPAQ : Maple syrup is a sterile ingredient, so it is not necessary to refrigerate it. But it’s important to avoid crystallization and it is recommended not to leave it in the can when opened, but to pour it into a closed plastic or glass container.

Medindia : Is it available online?

FPAQ : It is easily available online. You can find pure maple syrup from Canada on Amazon.in, BigBasket.com and Naturesbasket.com. Just go to the search bar and type maple syrup. When the search options appear, make sure the product says “from Canada”, “product of Canada”, “pure”, “100%”.

FPAQ : Maple syrup is available in granular form. Maple sugar, hard maple sugar and maple flakes are some of the granular forms of the syrup. These include:

Maple Sugar : Pure granulated maple sugar is available as table sugar, icing sugar or superfine sugar. It can be used directly as a sweetener, or in any recipe that calls for sugar or brown sugar.

Hard Maple Sugar : This is also called block maple sugar because of its compact form.

Medindia : Can it be used as a face pack, instead of honey? Are there any benefits?

FPAQ : In the market, there are already some beauty products based on maple syrup. Maple products such as maple sugar has hygroscopic properties, is natural and contains more than 100 nutrients such as antioxidant properties, with a sandy texture, and is a good exfoliator and fat free.
Source: Medindia